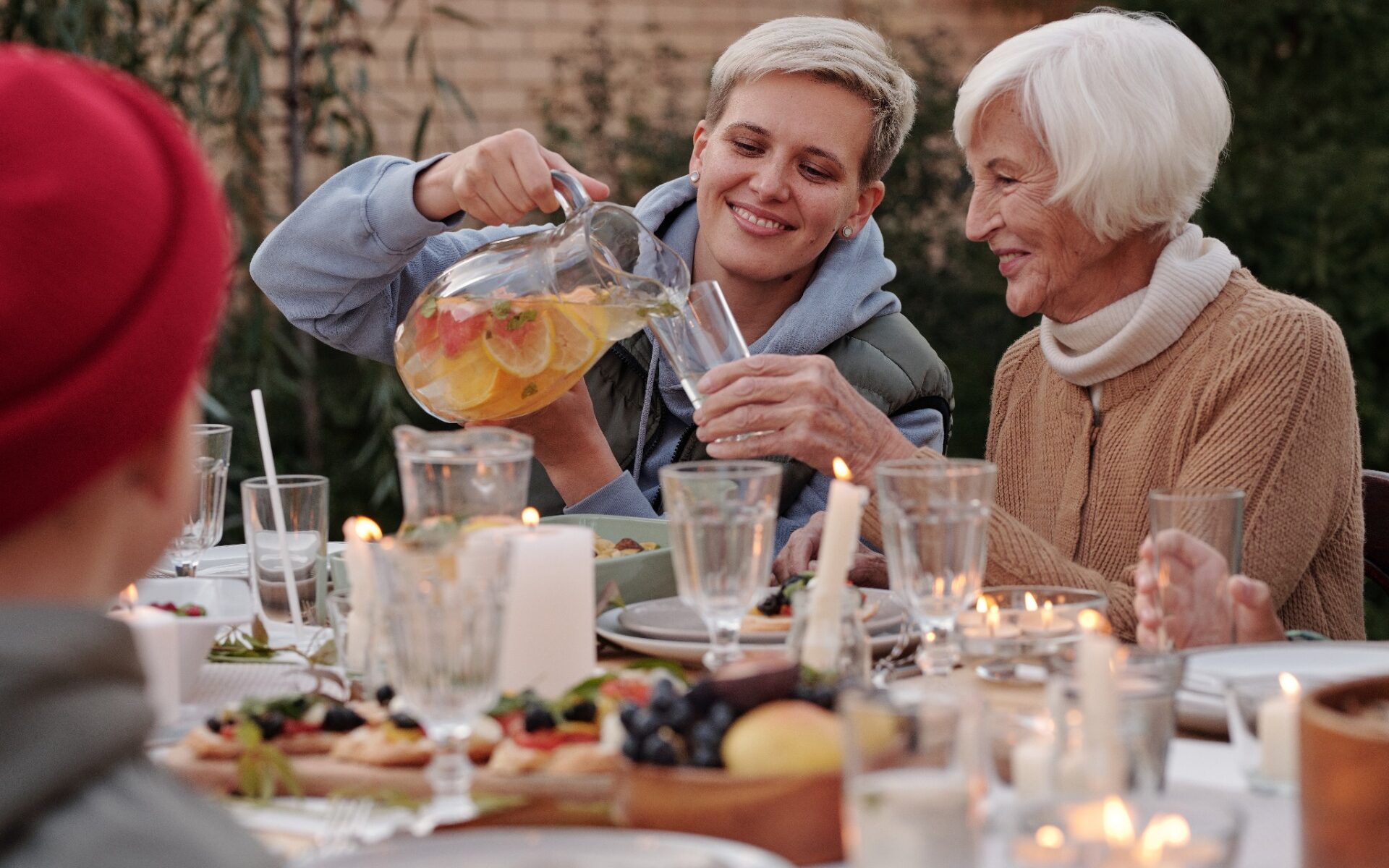 It’s not often Christine’s father-in-law invites her out to lunch. When he does, she knows there’s got to be a good reason. “John and I have always gotten along,” she laughs. “But, it had been years since we’d really spent any time alone together. When we sat down at the local diner and he pulled out a bunch of papers, my first thought was: uh oh, where’s this going?” Christine’s instincts were bang on. John had come prepared with Alzheimer’s Society print-outs detailing signs and symptoms of the disease. He’d been struggling to remember things and wanted some advice. “I’d been working in pharmaceutical marketing for a while, and had actually spent several years focused on treatments for Alzheimer’s disease. I guess he thought he could trust me with his concerns. So, we ordered a couple of sandwiches, and we went through the checklist together,” recalls Christine. That can be a tough conversation for any loved one to have. For Christine, lunch wrapped up on a high note. Nothing John was experiencing appeared to raise any red flags from the checklist itself. They agreed to keep talking about any further changes and headed back out to tackle the day. Many other families aren’t so lucky. Here in Manitoba, tens of thousands of people are living with Alzheimer’s disease or another form of dementia. By 2018, that number is expected to exceed 40,000. With that reality comes a much broader ripple effect: 62% percent of Manitobans are impacted by dementia because they have a family member or close friend living with the disease. That reality has shaped Home Care Assistance Winnipeg’s approach to caregiving and influenced the team’s decision to embed cognitive therapeutics at the heart of the model. “Cognitive engagement is very important to us, and to our caregivers,” explains Lindsey Fancy, Home Care Assistance Winnipeg General Manager. “We train our caregivers on a whole set of resources they can bring into a senior’s home. We take a broad approach, so we can accommodate a wide range of cognitive abilities, and help our clients keep their minds sharp.” Those tactics can look very different from one senior to the next, and that’s by design. “We see each client as a totally unique individual and we tailor our care to their specific needs. We really try to figure out what they like to do, what they’re interested in, and then incorporate cognitive engagement activities that they’ll actually enjoy.” For one senior, that could mean playing a game of cards on the front porch. For another, it could come in the form of a crossword puzzle, completed together at the kitchen table. Whatever the method, the key lies in consistently incorporating some aspect of cognitive engagement in everyday caregiving, on a regular basis. Engaging in mentally stimulating activity—even late in life—may actually protect against new-onset mild cognitive impairment (the stage between normal cognitive again, and dementia). In fact, research shows that cognitively typical people over the age of 70 who play games, do crafts and use computers have a lower risk of developing mild cognitive impairment. Stimulating games and other brain activities are also recommended for folks who already diagnosed with Alzheimer’s disease or dementia. That’s precisely why Fancy’s team of caregivers working with Winnipeg seniors is continuously evolving their bespoke Cognitive Therapeutics Method. “Our caregivers blend one-one-one mental stimulation, activities that focus on more than just memory, and a meaningful routine to keep our client’s minds active. We see the benefits of that in their brain health, but also in their overall happiness. At the end of the day, that’s what matters most.”   What’s the key takeaway? Thinking beyond daily tasks to ensure caregiving also includes engaging cognitive activities and therapeutic methods can boost brain health for Winnipeg seniors. Achieve this by finding the right mix of activities, and working them consistently into a senior’s routine.